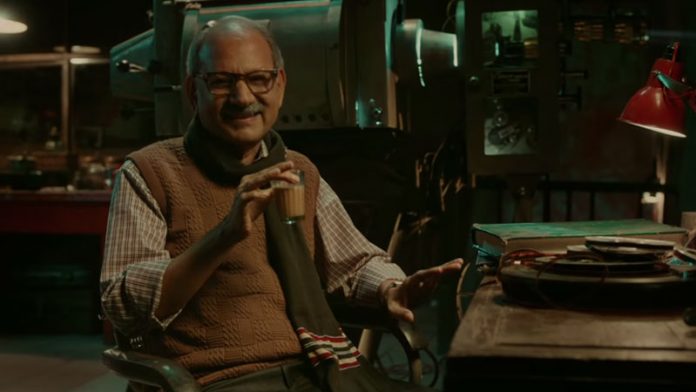 As a nation, we are a melting pot of many diverse ingredients. All intermingling in a cacophony of chaotic harmony. No wonder we have always been called the land of spices. We love ‘Masala’ in everything. Masala Nahi Toh Mazaa Nahi. Literally and figuratively. It’s this Essence of our nation that the brand wanted to capture with its new film on Society Masala Chai. Fresh from a very well received brand campaign – For “The Tea Society Called India” where the insight of India being a Tea Society, and Society Tea, melded beautifully – this is also an attempt to attach with an insight that’s top-of-the-category when it comes to Masala.

What better way than our love for Masala Movies to be that insight.

The TVC brilliantly captures the different ingredients that make a masala movie through the eyes of an engrossed audience in a typical small town of India, with the camera always focused on them and never showing what’s happening on the screen.

The Voice Over, very engagingly, takes the viewer through the different aspects of the film, always in tow with the reactions of the audience. And when we show the ‘Projector Room Uncle’ and he speaks, we realize it was he who was the narrator all through – a lovable elderly man who it seems like has been doing this for a long time…he loves his Movies and his Masala Chai. The tea comes in effortlessly in the flow of the film instead of a forced-fit analogy.

Commenting on the occasion, Mr. Karan Shah, Director, Society Tea said “With our latest Masala Tea TVC, we at Society Tea wanted to brew a campaign that reflects a beautifully balanced emotion between our country’s two ffavorites– Cinema and Chai. And what better way to do it than our quintessential ‘Dadi Ma Ki Masala Chai’. Society Tea’s Masala Tea is all about the highest quality, the traditional taste which is fortified with spices, an original masala recipe that is an excellent elixir and we definitely recommend you to try our grandmothers’ personal recipe blend. Titled ‘Masala Nahi Toh Mazaa Nahi’, the TVC has beautifully captured a perfect blend of human emotions and an all-season National favorite beverage- Masala Tea.”

The TVC has been released in Hindi and Marathi across Maharashtra, Nasik, Nagpur, Aurangabad and Raipur. The bi-lingual method is in sync with Society Tea’s strategy of augmenting their Maharashtra and nearby regions’ target audience.