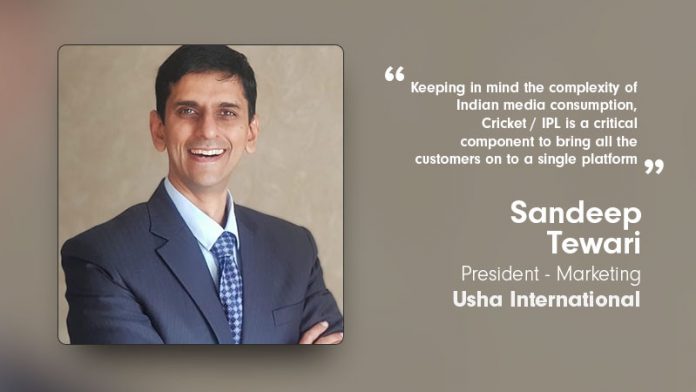 In 2018 when Star acquired IPL rights for $2.55 billion, there had been apprehensions all around in terms of dipping viewership and expensive ad slots. IPL 12, in 2019, not only smashed these doubts but also marked a couple of firsts for the cricket league.

According to media reports, Hotstar broke viewership records for IPL during the finals between Chennai Superkings and Mumbai Indians match with 18.6 million concurrent viewers streaming. The overall viewership on the OTT app too witnessed a 74 percent increase in watch-time when compared with last year.

In terms of on-air viewership, in a span of two weeks around 345 million viewers consumed the match on television.

Leveraging IPL’s consistent viewership, USHA International has been associated with Mumbai Indians for the sixth year in a row now. Through on-air and on-ground association, the brand plans to bring all the customers on to a single platform.

The Indian Premier League has become a global cricketing property and is the new face of cricket. IPL continues to see spectacular growth and has given a fabulous return on investment to all its stakeholders. No other sporting league in the world has seen such a remarkable rise in such a short duration. Nearly two months of the entire cricketing calendar is dominated by IPL so is the TV viewing. For any company whose business is critically dependent on the seasonality leveraging summer, i.e. products which gets typically peak in sales in April & May, it would be difficult to navigate the clutter and reach its target audience if it did not become a part of this cricketing extravaganza.

Keeping in mind the complexity of Indian media consumption, Cricket / IPL is a critical component to bring all the customers on to a single platform.

The cricket feed of IPL comes in various languages which now making the consumption of IPL even more relevant as the communication goes in the language which people consume which was not the case earlier.

There are two aspects to this associations outreach – on-ground and on-air – and both are equally popular and important as connects to the consumers, and together they have a multiplier effect.

This is your sixth consecutive year with Mumbai Indians. How has the association helped the brand in terms of business & marketing?

In the last 12 years of IPL – Mumbai Indians has emerged as the top-most performing team and has been among the top four in most of the seasons. With their fourth win this year, MI becomes the team with the maximum IPL wins.

Associating with a team as strong as Mumbai Indians consistently over the years builds brand recall and enhances credibility. That is where the six years of association gets amplified. We are proud to have been associated with an exceptional team which is performing consistently and our partnership with the team throughout this remarkable journey has been phenomenally successful over the years. The consistent good performance of the MI team is the very attribute we want to highlight about Usha products, and this synergy works for us.

How did you leverage the association this year? What was the objective behind the campaign? Please take us through the marketing strategy and media mix.

As part of this association, we launched 360 cross-media marketing campaign spanning across TV, radio, BTL, digital and on-ground activations in metros and mini metros. While we have been present throughout on ground with a very symbolic presence on the helmet and the cap which depicts that whenever the player comes on the screen, they are visible with the logo. This we see as a more of a symbolic presence than just a physical appearance. An association with the mind in a game which requires immense focus, strategy, and perseverance. This further builds a top-of-the-mind recall with the consumer.

Apart from a consistent presence on-ground which has been there, we have also introduced partner level incentive for people to be part of the IPL in terms of watching the match on-ground. We decided to amplify our presence on air for our three critical portfolios; fans, coolers and sewing machine. While we launched new campaigns for fans and cooler segment which went on air coinciding beautifully with the season, for the sewing machine portfolio we wanted to bring a twist by getting Mumbai Indian players on board for the TVC. Aligned to the ‘Learn and Create’ tag line this TVC highlights how easy it is to create using Usha sewing machines. This amplified the brand association even more.

What are the parameters you use to calculate ROI on marketing with IPL?

However, the investment related to the on ground effort is more of brand investment which delivers brand building and enhances the visibility over a period of time. The long term association and great performance build brand salience amongst viewers.

How much percent of your total marketing budget is reserved for sports marketing?

Usha International is not just associated with cricket and IPL, the brand supports numerous other sporting initiatives in the country including Ultimate Flying Disc, National Athletics Championship for the Blind, grassroots football development, Junior Golf, and Cricket for deaf. Usha for the last 30 years has always been committed to help improve the quality of life for women and youth through sports and skill development activities. This merges well with the Usha brand ethos of “play” and promoting a healthy and active lifestyle.

To answer your question of how much of the marketing budget is reserved for sports marketing, it’s not a matter of percentage but a matter of the right alignment given product seasonality and alignment of the sporting event with Brand Usha.

Cricket has been an important marketing medium for decades now. How has marketing through cricket evolved over the years? Will you be investing in ICC Cricket World Cup this year? If yes, how?

Any sports marketing trends you foresee?

As in every other field, technology will make its presence felt increasingly in the sports arena, especially in the marketing of it. As consumption patterns change and data becomes core to driving the narrative, it will play itself out in the way advertising is done and media is leveraged. OTT players will play a huge role in the coming years and Augmented Reality (AR) and Virtual Reality (VR) will be the go-to for better connects for interactive user experience. 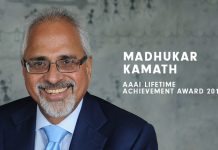 Madhukar Kamath to be conferred with AAAI Lifetime Achievement Award 2019 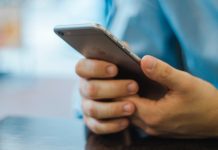 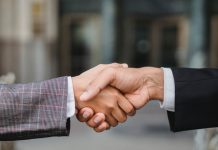 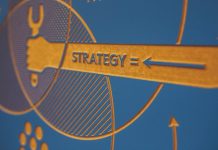