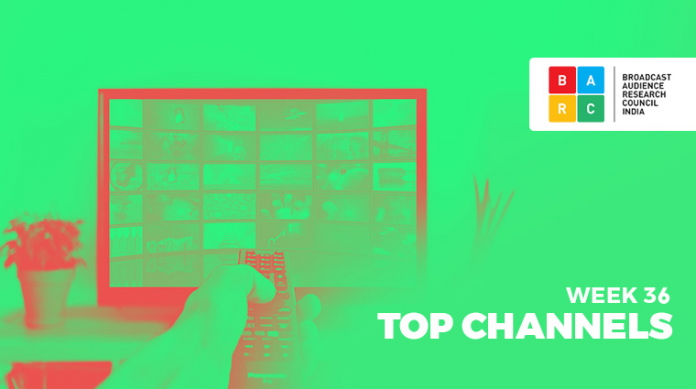 Among the list of all channels (pay+free), Sun TV and Dangal topped the BARC Week 36 list. These channels also appeared to be toppers in their respective pay and free channels lists.

Even as the industry goes through a tumultuous phase over regulations, channels continue to make waves with impressions to the tunes of millions. In the list that displayed all channels, irrespective of falling in the categories of pay or free, Sun TV managed to bag the first spot at 933419 impressions. It was followed by Dangal at 932917 impressions, according to BARC Week 36 data.

The next two spots were reserved for STAR contenders with STAR Maa clinching the third spot with 815647 impressions, followed by STAR Plus (774208).

In the list that displayed the top channels in the free category, Dangal stood first with 718531 impressions, followed by B4U Kadak at 409706 impressions. Next came Big Magic at the third spot with 390392 impressions.