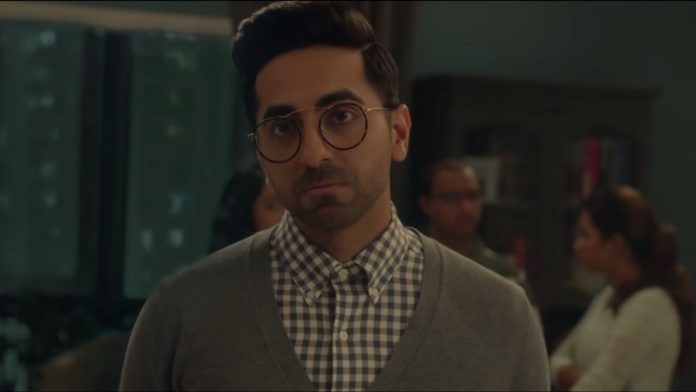 Godrej Security Solutions to invest Rs100 Crore to increase penetration and adoption of home lockers in India and #BilkulSafeHai is a part of the strategy.

Godrej Security Solutions (GSS), India’s leading home security solutions provider, announced its plans to invest Rs 100 crores towards strengthening its omnichannel presence, and product innovation capabilities. As part of the strategy, the company has chosen Bollywood actor Ayushmann Khurrana to be the face of its new multichannel national campaign #BilkulSafeHai.

As part of the campaign, Godrej Security Solution unveiled a TVC featuring Ayushmann. Conceptualised by Wunderman Thompson, the TVC aims to highlight the benefit of adopting home lockers to secure valuables and documents at home instead of regular wooden cupboards or wardrobes. Continuing with Godrej Security Solution’s belief of using humour and emotions to engage consumers rather than inducing fear, the TVC dispels myths that one will never be the victims of theft. The TVC banks on humorous wordplay and depicts a familiar scenario of neighbours assuaging a homeowner post a burglary attempt.

Elaborating on the campaign, Mehernosh Pithawalla, Vice President and Global Head – Marketing, Sales and Innovation, Godrej Security Solutions, said, “In India, only 7% of the population owns a home locker. The Security Solutions Quotient study revealed 52% of Indians continue to store their valuables in cupboards and wardrobes which are vulnerable to break-ins. This is despite the high rate of crime and a marginal recovery rate of stolen assets in the country. Through Rs 100 crore investment in our omnichannel strategy and #BilkulSafeHai campaign, we wish to raise awareness among the consumer to take proactive steps towards making every Indian home absolutely safe.”

Commenting on the brief, Priya Pardiwalla and Steve Mathias, VPs & ECDs Wunderman Thompson said, “It was an interesting and single-minded brief, ‘Godrej Home Lockers are ten times stronger than a cupboard’. For this one, we decided to put ourselves not in the shoes of the consumer, but strangely, in the shoes of a robber. Like all of us, robbers too have deadlines, in fact much tighter ones. Within minutes, they need to get the job done before a suspecting neighbour or security guard shows up. However, when there’s a Godrej Home Locker and even if a robber tried his luck to break it open, it would mean much more time, which he doesn’t have. Instead, it’s easier to rob a home that doesn’t have the locker.”

They further added, “Ayushmann Khurrana lived up to his reputation when we first approached him. The disclaimer was that he will only do the commercial if he finds the script interesting! He plays Shridhar, a bit of a nerd who is very particular and has every eventuality planned out. While it’s dark humour, the amazing combination of Shujaat Saudagar (Director), Ayushmann Khurrana and Rajesh Sharma have ensured this is a fun and entertaining film that gives out the message in a light-hearted manner.”

Godrej Security Solutions also plans to expand its reach to 250 districts with 10000 retail outlets across urban markets in India. To bolster its omnichannel presence, the company has also unveiled its latest e-commerce platform and a range of new home lockers starting Rs. 6299 only. The new range of lockers by Godrej Security Solutions comes in various sizes based on the different needs of customers. To exhibit the efficacy of home lockers, Godrej Security Solutions has also launched the unique nationwide ‘Break-in Challenge’ engaging over 10 lakh citizens. The challenge will cover 15 cities across India, including metros as well as Tier 2 and Tier 3 markets.