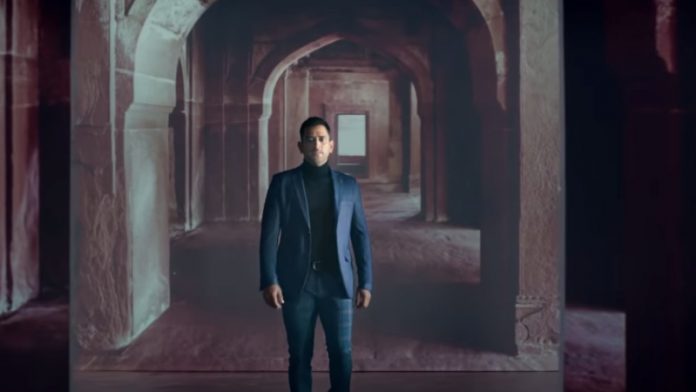 In celebration of approaching its 20th anniversary, Indian Terrain has launched a new campaign, The Spirit of Man, with Mahendra Singh Dhoni as the brand ambassador.

Indian Terrain is targeted towards the young millennial consumer who straddles between work and play, effortlessly in cool yet comfortable clothing. The campaign featuring MS Dhoni balances style with substance to recognize the lives and aspirations of the brand’s audience. The cricketer can be seen wearing Indian Terrain’s latest Autumn-Winter ’19 collection.

The campaign highlights and celebrates the contributions made by individuals to build the nation while encouraging the youth to pursue their dreams. It stresses on how even if the person doesn’t realise and are chasing their personal ambitions, they are in some ways, helping India grow.

Speaking on the campaign, Venkatesh Rajagopal – Executive Chairman, Indian Terrain Fashions Limited commented, “The spirit of man is defined by relentless passion, strive for perfection & pursuit of excellence. Our campaign is inspired from this thought and the insight that a bigger picture is painted by a million smaller aspirations. Through the campaign, we celebrate the lives of every single man in the country, as they contribute in their own way towards building the Spirit of the Nation.”

Charath Narsimhan, Managing Director & CEO, Indian Terrain Fashions Limited said, “Our customers are people who embody the true spirit of man, growing their own lives and the world around them. We wanted to validate this optimism in a meaningful way through this campaign. MS Dhoni is a perfect fit for us as a brand that champions a strong value system and connects with young Indians.”

The cinematic & inspiring TVC for the campaign has been conceptualized by Indian Terrain’s advertising agency Brave New World, directed by Manoj Pillai along with the production House, Think Pot. It portrays the faces and lives of a cross-section of men from the country, acknowledging their contribution towards building the nation.

Joono Simon, Founder and CCO, Brave New World Agency said, “Brands often speak to their audiences from ivory towers, especially so in the fashion category. This was an opportunity for Indian Terrain to leverage the approachable emotional equity that MS Dhoni has among legions of fans. It was our goal to create a narrative of personal relevance and worth for viewers, with the people’s captain as the perfect example of what an individual can accomplish. Not through swagger, but belief, everyday action and sheer will. Every aspect of the film, from music, casting, choice of words and imagery, was a deliberate choice to connect the brand and those who will feel empowered by it.”

The campaign is being rolled out across a 360-degree media campaign including print, TV, cinema & multiple social & digital platforms.

We saw a growth in non-prime time viewing as well during...