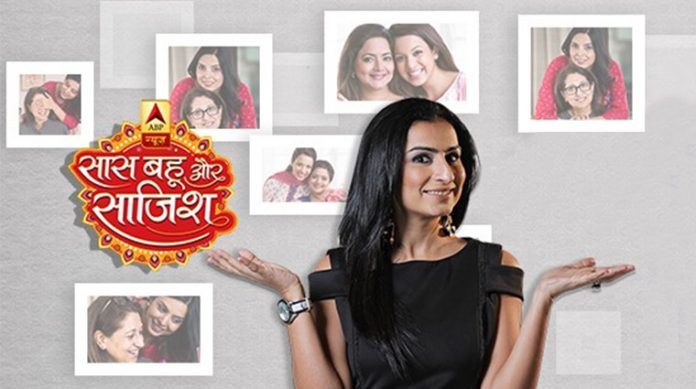 Marking the completion of 15 years, ABP has initiated a campaign on Twitter with hashtag #SBS15 and #EntertainmentJahaTakSBSWahaTak to connect with and thank the viewers of Saas Bahu Aur Saazish.

Keeping up with its commitment of bringing the best entertainment news, with behind-the-scenes and popular snippets of the most prominent TV shows, Saas Bahu Aur Saazish completes 15 successful years on ABP News.

Elaborating on the reason of the success of Saas Bahu Aur Saazish, Avinash Pandey, CEO, ABP News Network said, “Considering the highly competitive and evolving entertainment and media landscape, we feel great pride in hosting an entertainment news show that has lived up to its fitting tag line for more than a decade now. The increasing viewership of the show is quite telling of its ever-growing popularity. We thank our viewers for their continued love and support for the last 15 years, and we are also elated by the confidence reposed on us through all these years, maintaining the shows No. 1 position.”

Extending congratulatory wishes to the team, Priyanka Chopra, Shah Rukh Khan, Salman Khan, Ekta Kapoor and Rajeev Khandelwal also expressed immense delight on this feat through social media. Since its inception in 2004, SBS has received tremendous appreciation from its viewers and has been highly acclaimed by industry critiques and celebs alike. Enjoying the privilege on the sets, the anchor Aditi Arora Sawant is also associated with the show from the last 15 years.