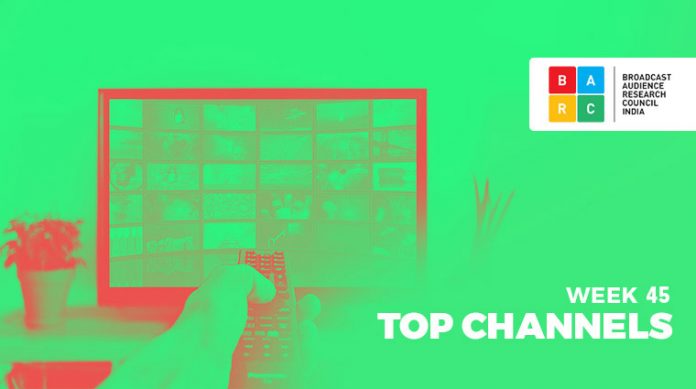 According to the BARC Week 45 data, Dangal is the top channel in all channels (free+pay) list, followed by Sun TV. They also topped their respective free and pay lists. 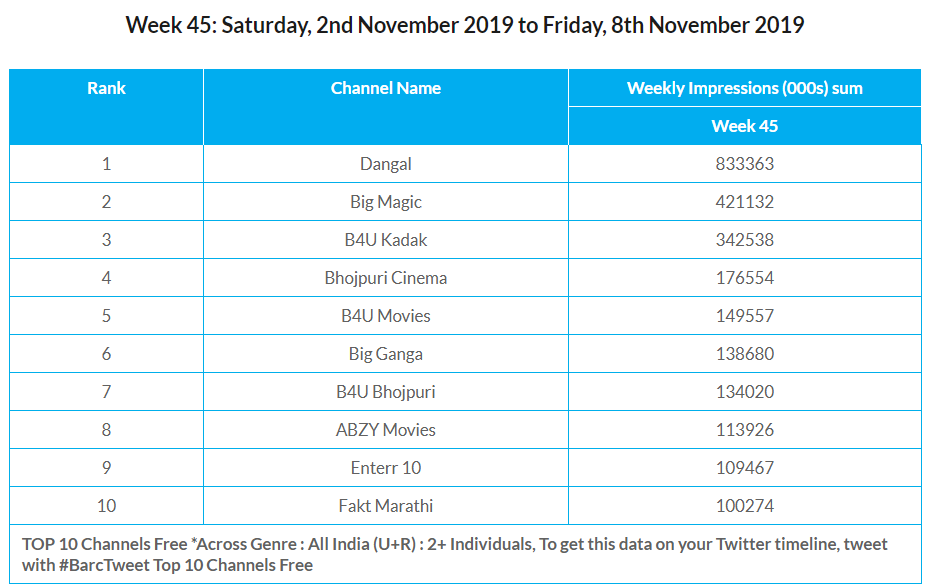 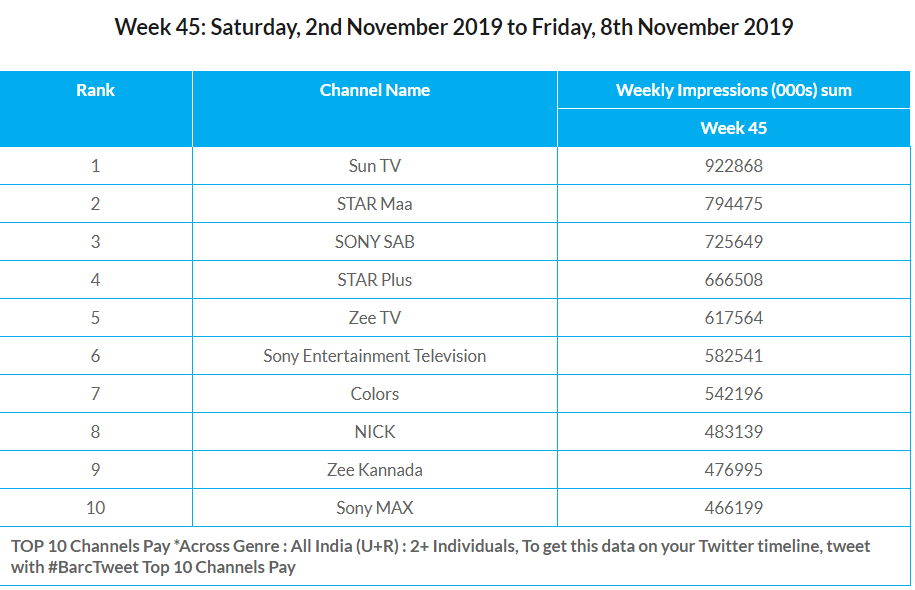 Interview: It is not Television vs OTT but how both can...