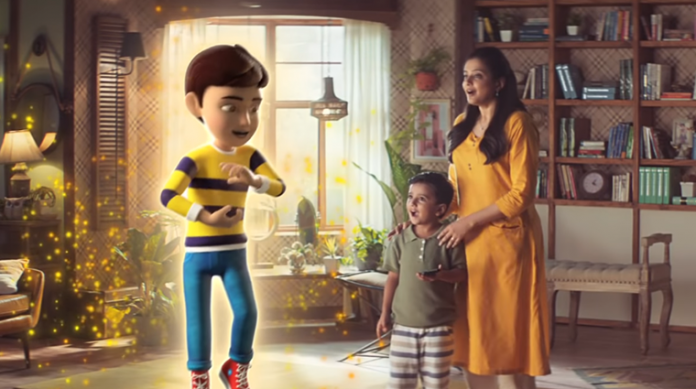 Built around a child’s unending pursuit of his parents’ mobile phone, the film highlights a mother’s unhesitant approach to introduce the Voot Kids world to her child, which makes screen time meaningful like never before

VOOT Kids unveiled its launch brand campaign, #MastiMeinAchhai. The film that is all about highlighting how Voot Kids is making screen time meaningful like never before, shows a mother’s happy stance at the offering that is Voot Kids – lots of fun, with the goodness of learning – such that she herself introduces her son to the Voot Kids world.

The film created and directed by McCann Worldgroup India for VOOT Kids is a charming reminder that in today’s digital age, rather than keeping the kids away from screens, it is more important to make that screen time matter and provide access to an app that nurtures early learning by blending fun and learning together.

According to a Kantar research undertaken for Viacom18, 87% of Indian Parents agree that mobile helps immensely with their kid’s learning, with as much as 84% believing that mobile, in fact, helps them learn faster than a book. Keeping that as the focus, the film sheds light on the significance of letting kids explore the choicest of content in versatile and interactive formats across Watch, Read, Listen and Learn that genuinely define ‘edutainment’. It also emphasizes that kids’ digital journey can become more engaging with parents co-viewing, monitoring and moderating content kids are consuming. The TVC showcases a young kid’s multiple unsuccessful attempts in accessing his parent’s phone to finally being surprised by his mother who introduces him to the world of VOOT Kids – which has one of the largest and most extensive content libraries with over 20,000 + content pieces across  e-books, audio stories, fun learning quizzes, nursery rhymes, videos and more.

Commenting on the campaign, Saugato Bhowmik, Business Head, VOOT Kids, said, “Digital literacy is important, and we strongly believe parents play a pivotal role in making the digital journey of their kids more profound by exposing them to appropriate and entertaining content. VOOT Kids is the only app to offer Watch, Read, Listen & Learn all in one platform and our brand campaign #MastiMeinAchhai decodes this proposition and bridges the gap for parents and kids to explore Edutainment in its truest form.”

Speaking on the key insight that lead to the campaign ideas Abhinav Tripathi, Executive Creative Director, McCann Worldgroup India from McCann Worldgroup –  India said “The story in the film revolving around the constant tussle between parent and child over mobile screen time is a highly relatable one and will find resonance in every household with kids in India, we feel.

What is fun to watch in the film, is the story told both from the perspective of the kid and the parent. The little boy -a bonafide James Bond scheming and plotting for his parents’ mobile phone and the parent who is in-the-know all along. The nostalgic track Akkad Bakkad takes us down memory lane, captures the mood and sentiment of the ‘cat and mouse’ situations and complements the film perfectly!”.

Kids of today are digital natives, and VOOT Kids with its largest repository of content experiences offers a safe digital playground for them to grow up in. With great parental features that equip parents with tools to evaluate progress, limit screen time and track content, it is a step towards solving parents’ concerns around enriching their kid’s screen time.

VOOT Kids will bring alive the ‘Masti Main Acchai’ brand idea through a high decibel integrated marketing plan that will reach over 50Mn Households driven by a mix of television, print, on-air, on-ground activations and digital outreach.  Priced at INR 799 for a year with a 30day free trial and 99 per month with a 7-day free trial, the VOOT Kids app is available to download on iOs and Android. 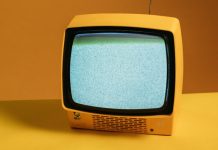 It’s an ‘AND’ world, not an ‘OR’ world where TV & OTT cater to different consumption needs of the consumers: Kartik Mahadev, ZEEL