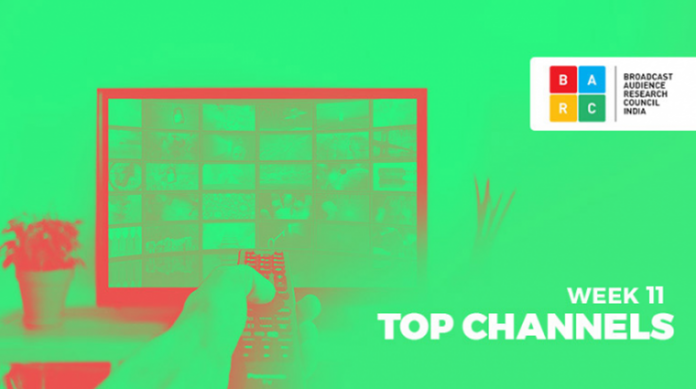 According to the BARC Week 11 all channels list, the highest number of impressions were documented for Dangal, Sun TV and Sony SAB. 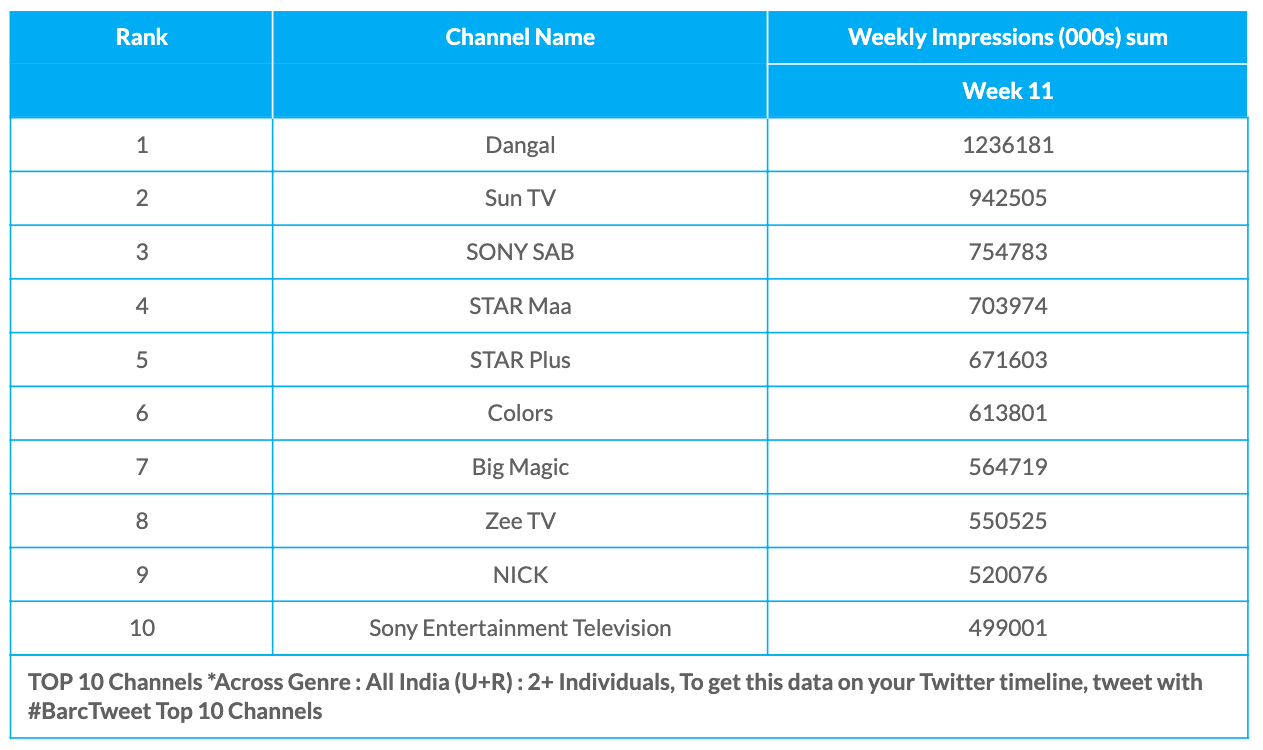 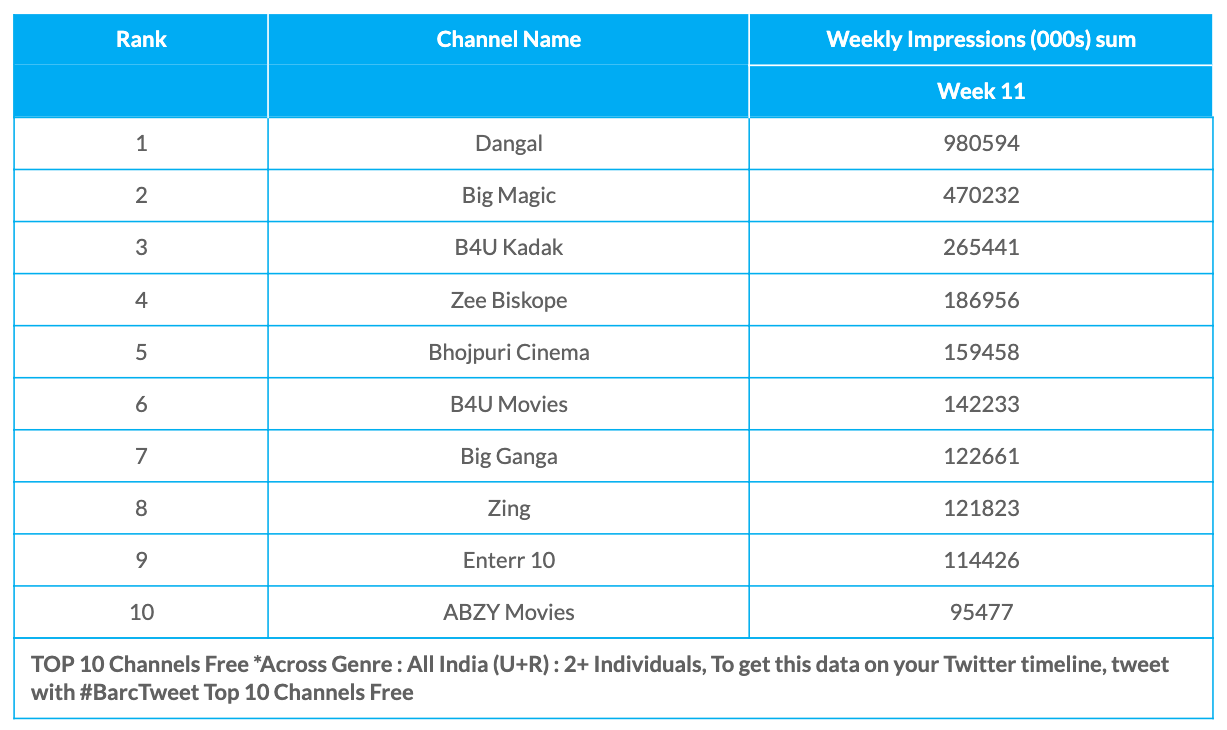 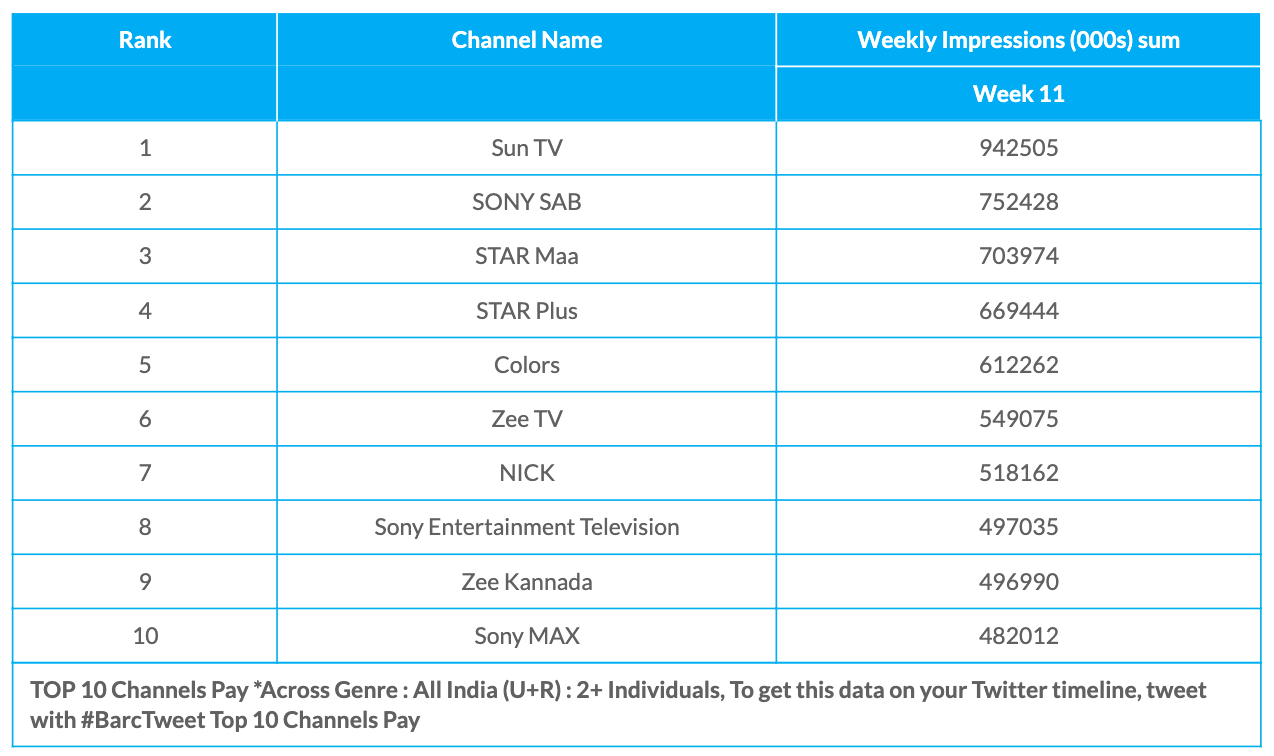 Greenply launches TVC to celebrate the resilience of the human spirit