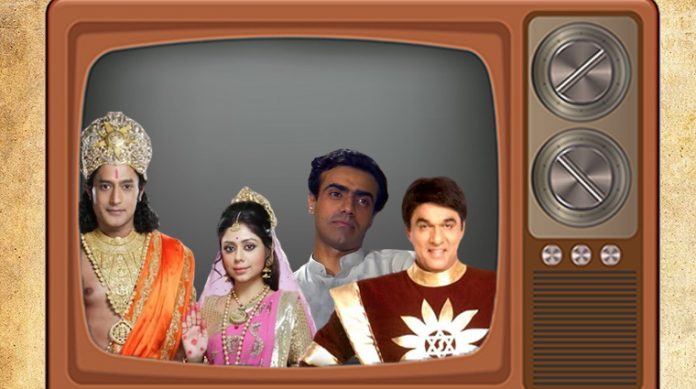 As the second-most populated country in the world began observing a lockdown to battle COVID-19, the country’s dearest broadcast network, Doordarshan, decided to bring back the most kindled Shows to rekindle nostalgia.

Media Samosa deep-dives into the most popular TV Shows aired by Doordarshan and presents insights that may give you a hint of their popularity that increased the diffusion of television in India, and set the benchmark for years to come.

For the unacquainted, the re-telecast of Ramayan was able to garner the highest ever rating for a Hindi GEC show since 2015 according to BARC ratings. Further, the show was the highest-rated in urban and megacities. The channel’s strategy created a nostalgia wave on social media, with many lauding Doordarshan. While Amul went on re-air all the ads it used to run back in the 80s when these shows were being aired. Other brands resorted to creativity on social media to ride the nostalgia wave.

A look at these shows’ popularity back then, gives us a glimpse into the psyche of Indian television consumers and what can we expect ahead.

Holding a world record for being ‘World’s most viewed mythological serial’ in the Limca Book Of World Records is just one of the reasons why Ramayan is being re-aired on Doordarshan again, there are more.

Streets would be deserted and shops would be closed, no, I’m not describing the lockdown, I’m describing the 80s when Ramayan first aired on Doordarshan. India has always dominantly been a religious country but ever heard of people embellishing their television sets with garlands? It was a common practice in Indian households before watching the show that aired between 1987-88, such was its impact.

Despite there being a sole broadcaster, television sales shot up during the late 80s because of Ramayan. “Starting at around 50 percent the 80 percent figure was reached within a few months and never went down,” said D. K. Bose, the media director of Hindustan Thompson Associates.

According to an analysis, where the authors discuss the factors contributing to the diffusion of television in India, about 82% of the respondents in their 1987 survey either rated Hum Log, Buniyaad, or Ramayan as the best Hindi Serial out of a total of 42 Hindi Serials broadcast on Indian television.

Take a walk down memory lane with #Buniyaad, this evening at 5 pm on @DDNational pic.twitter.com/gY8nElWSBj

The Indian television drama series that was themed around the Partition of India in 1947 and its aftermath, was directed by Ramesh Sippy and Jyoti. The series was written by Manohar Shyam Joshi and first aired in 1986 on DD National, and later re-aired on DD Metro and Sahara One.

Buniyaad set the benchmark for TV dramas in India and almost no shows except a few have since breached that mark. The analysis diving into the diffusion of television and the then-popular(also mentioned above in Ramayana), Buniyaad was ranked as the best serial by 48 percent of the respondents.

Mahabharat, the historical series based on the Hindu epic of the same name aired a total of 94 episodes from 2 October 1988 to 24 June 1990 on DD National.

Just as ‘Ramayana’ this series had a substantial religious clout and was synonymous with the simultaneous emptying of streets in the cities and people wrapping up work early to not miss it.

Along with having a strong grip hold in India, the show was also aired in the United Kingdom by the BBC, where it achieved audience figures of 5.1 million. It was also shown on FBC TV in Fiji and Star Utsav, on Epic in Hong Kong and TVB Jade, and dubbed versions were aired in Tamil, Telugu, Malayalam and also in Indonesia in the early 1990s on TPI, and in the early 2000s on ANteve.

Several actors gained popularity through their appearances in this series. Mukesh Khanna (who also created and starred in Shaktimaan) shot to fame as Bhishma and named his production company after his character, and Roopa Ganguly went on to become a successful actress in Bengali cinema.

The story of ‘Pandit Gangadhar Vidhyadhar Mayadhar Omkarnath Shastri’, a photographer for the newspaper Aaj Ki Aawaz and his Superhero alter ego Shaktimaan aired between 13 September 1997 to 27 March 2005.

The Original Series was broadcasted on the DD National network, but given the popularity, several adaptations, dubbed versions and re-runs accompanied. The show was followed by Shaktimaan: The Animated Series in 2011, and a television film titled Hamara Hero Shaktimaan in 2013. and now a re-telecast on DD National.

Reruns were aired on STAR Utsav and Dangal TV. A re-edited version premiered on Pogo TV in 2006, along with an English dubbed version for the network. The show later aired on several other Indian TV channels in various languages.

Shaktimaan has also traversed through the developing times and changing mediums. From being released on DVD by Ultra India to being launched on YouTube in 2011, till being available as VOD on Prime Video in 2019.

The show was a big hit among kids. He was claimed to be the first Indian Superhero (then we had Krrish). I remember seeing about 10-15 boys dressing up as Shaktimaan in a class of about 50 children out of which 30 were boys. So, if Shaktimaan won the Fancy Dress competition, half of the boys would win.

Shaktimaan was also one of the longest-running television series for children on Doordarshan.

Byomkesh Bakshi is an Indian-Bengali fictional detective created by Sharadindu Bandyopadhyay. The character has often been touted as the Indian version of Sherlock Holmes.

The character initially appeared in the 1931 story Satyanweshi; his popularity immensely increased in Bengal and other parts of India. Though it gained pan-India popularity almost 6 decades later with a TV series on Doordarshan with Rajit Kapur portraying Byomkesh. Byomkesh Bakshi ran for two seasons having 34 episodes. With the first season having 14 and the second season having 20 episodes.

The series that originally aired on the DD National network became a critically acclaimed one and the most celebrated adaptation of the character, so much that it was also one of the most demanded shows when Doordarshan announced the re-runs during the lockdown.

Here is the complete list of all the Doordarshan shows being re-aired:

Patrika TV's My Member to focus on lives of our elected representatives
ixigo on cleanliness spree, launches Jaisa Ghar Waisa Desh
UltraTech Cement's campaign emphasizes on the importance of own home this Diwali