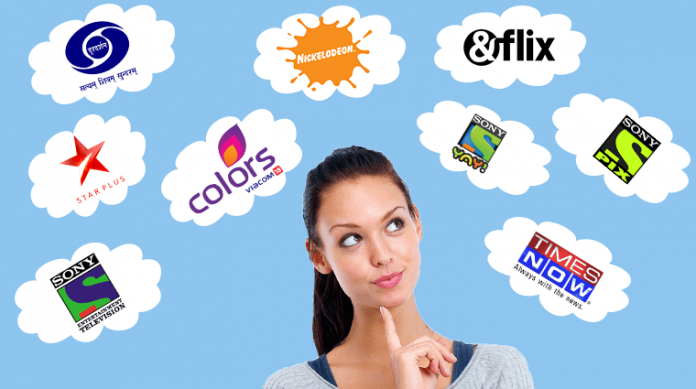 As the country witnesses a state of lockdown, the television industry is geared up to offer viewers the best of content – from re-runs of classic hits to blockbuster movies and binge-worthy shows. We take a look at how the broadcasters get the grip right with the COVID-19 TV content plan.

The Indian TV and Film bodies including Indian Film & Television Directors’ Association (IFTDA), Producers Guild of India and Federation of Western Indian Cine Employees (FWICE) decided to put production and shooting on hold from March 19 until further notice to resume. This has resulted in a new COVID-19 TV content strategy by television channels.

With new shows on halt, anxiety among the masses, and the opportunity of increased eyeballs glued to the television set, the broadcasting industry is going all out in providing the much needed ‘feel good’ relief to the viewers.

We traverse through the channels’ content and programming strategy, understanding the direction they wish to head in.

Thriving on ‘Free to Air’

Soon after the shoots were halted,  the Indian Broadcasting Foundation announced that four of its constituents, Sony-run SonyPal, Star India-run Star Utsav, Zee TV operated Zee Anmol, and Viacom18’s Colors bouquet channel Colors Rishtey will be available to all viewers across the country for a period of two months, free of cost across all DTH and cable networks. Despite foreseeing the impact on advertising revenues and business overall, the move was called in as per the IBF to lift morale with invigorating content of those restricted to their homes.

Doordarshan meanwhile has taken upon itself to take the viewers on a trip down the memory lane while it reviving 90s superhits mythological dramas Ramayan ( 9 AM to 10 AM and 9 PM to 10 PM) and Mahabharata (12 Noon to 1 PM and 7 PM to 8 PM) along with popular sitcoms like Shriman Shrimati, Dekh Bhai Dekh, thrillers including Byomkesh Bakshi (11 AM) and even Shah Rukh Khan starrer Circus (8 PM) after 30 years. Reports suggest that requests for popular DD shows including Mahabharata and Shaktiman had poured in from Twiter in India and abroad.

GECs, on the other hand, are relying on reruns of current shows, reviving old ones, and special episodes. Makers of Star Plus’ popular soap drama ‘Yeh Rishta Kya Kehlata Hai’ have shot one-hour-long episode of the show and the line up on the channel includes- continuing with current shows on the prime time slots and telecasting old shows like the Great Indian Laughter Challenge.

Sensing the demand, its sister channel, Star Bharat brought back classics ‘Khichdi’ and ‘Sarabhai vs Sarabhai’.

Colors TV brought back ‘Comedy Nights with Kapil’ while reruns of The Kapil Sharma Show continue on Sony TV.

Sony TV aired a short film shot at home titled ‘Family’, starring Amitabh Bachchan, Rajinikanth, Chiranjeevi, Priyanka Chopra, Ranbir Kapoor and Alia Bhatt among many others. Conceptualized and virtually directed by Prasoon Pandey in collaboration with Big B, the film showed that staying at home, staying safe, maintaining hygiene, working from home and maintaining social distancing can be productive.

Also Read: Why re-airing old shows is one of the best decisions Doordarshan…

Summer is peak seasons for the Kids’ Entertainment Category and the channels have charted out programming line ups to suit the increased demand. Nick and Sonic will be offering new stories across shows such as Motu Patlu and Rudra on Nick and Ninja Hattori and Pakdam Pakdai on Sonic. Movies of Motu Patlu and Rudra will be aired on Nick. Nick Jr, the channel for toddlers will also air new episodes of Paw Patrol.

All the content across Nick and Sonic will be available in 8 languages – Gujarati, Bengali, Marathi & Malayalam along with existing languages Hindi, Tamil, Telugu, and Kannada.

Meanwhile, Sony Yay is airing brand new episodes of its show ‘KickO & Super Speedo’s, The channel also showcased a movie called “Kicko and Superspeedo – The real heroes”  which was premiered on March 15.

POGO and Cartoon Network too are ramping up original Indian productions with three new home-grown animation comedies.POGO has commissioned both ‘Titoo’ and ‘Lambuji Tinguji’, produced by Cosmos Maya, and Cartoon Network will air ‘Bandbudh Aur Budbak’, from Paperboat Studios.

Where most of the GECs have a frontline strategy in place for their weekend primetime, English mass entertainment is primarily relying on movie premieres and classic marathons to drive the viewership.

On the other hand, Comedy Central as a part of its specially curated property “Quaran-binge” will air a marathon line up of Two and Half Men, Mom, Superstore, Mike & Molly and Impractical Jokers till April 14. The channel will air 2 back-to-back episodes of Friends, Mom, Young Sheldon, and Mike & Molly, Monday on Friday at 7 pm, 15th April onwards. It will also air The Graham Norton Show’ on the same day as the international telecast premiering on the 19th of April at 9 PM.

The content line up though seems to have attracted the audience’s attention, how long the strategy survives and how long will TV channels will be equipped with programming inventory is the question. Amidst the uncertainty lies no answer but as they say the show must go on.