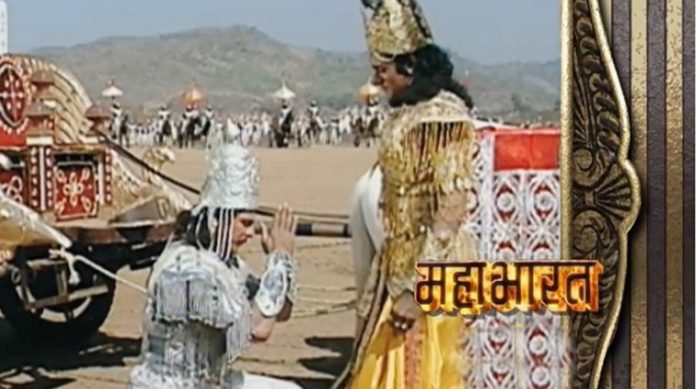 After its record-breaking run, the iconic mythological show is set to air on COLORS starting Monday, 4th May 2020, every day from 7-9 pm.

The nationwide lockdown has been keeping us indoors as we scramble to cope with an unprecedented pandemic while finding comfort in entertainment avenues. The audience is being swept over by the wave of nostalgia with the classic and yesteryears shows making a return on television.  One of such hidden gems is the epic narrative of Mahabharat that continues to hold prominence in our lives while teaching us about the art of living. COLORS has acquired rights to broadcast the rerun of the show.

Manisha Sharma, Chief Content Officer, Hindi Mass Entertainment, Viacom18, says, “Due to the nationwide lockdown, the television landscape is changing quite significantly. The popular classics and erstwhile shows have found a renewed interest amongst the audience as they provide relief and induce nostalgia. We, at COLORS, are constantly and very closely evaluating the viewership trends and designing our programming to give our audience the best content. In a similar move, we are elated to air Mahabharat on television to give our viewers another opportunity to relive the golden times.”

Starring Nitish Bharadwaj, Mukesh Khanna, Rupa Ganguly, Gajendra Chauhan, and Puneet Issar, Mahabharat is directed by Ravi Chopra, Mahabharat was first aired between 1988-90. Back in time, watching the show used to be a morning ritual and the streets would go silent as the entire nation would tune in to watch the episodes with their families. Decades later, the show is still deemed cult for its rich storyline, grandeur, and fine performances and holds a memorable place in our lives.