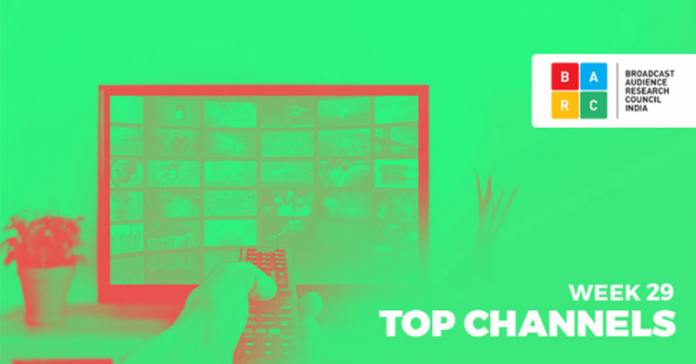 According to the BARC Week 29 free channels list, the highest number of impressions were documented for Zee Anmol. Sun TV topped the pay channels list. 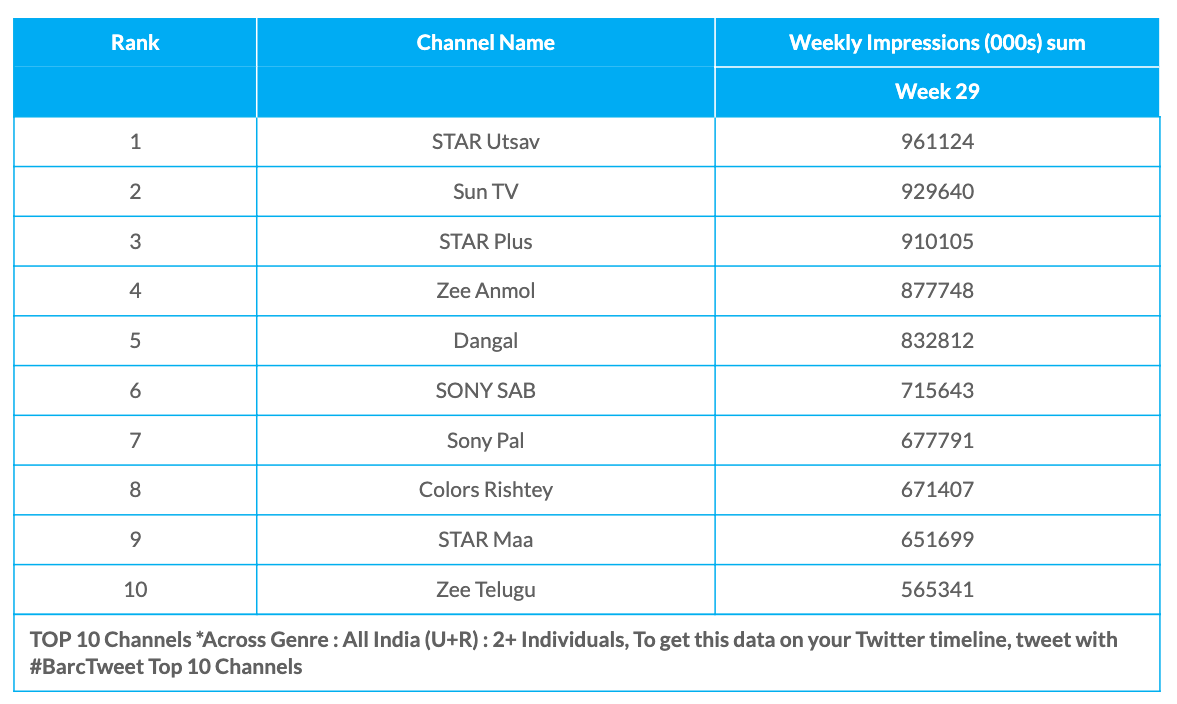