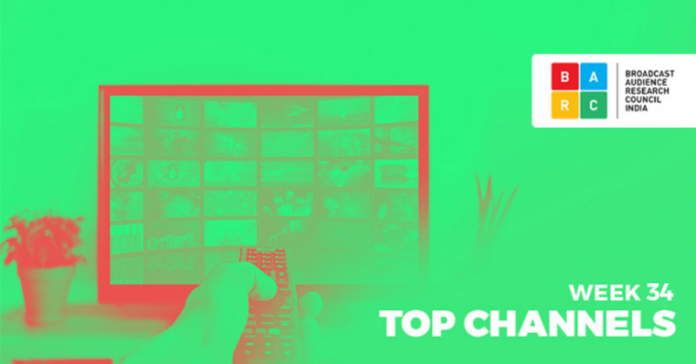 According to the BARC Week 34 free channels list, the highest number of impressions were documented for Star Utsav. Sun TV topped the pay channels list.

Lay's India launches new TVC to celebrate unseen heroes
Nickelodeon channels gear up for festive season with activities
We have had a growth of about 15-20% across Sony SAB and Sony Pal: Neeraj Vyas