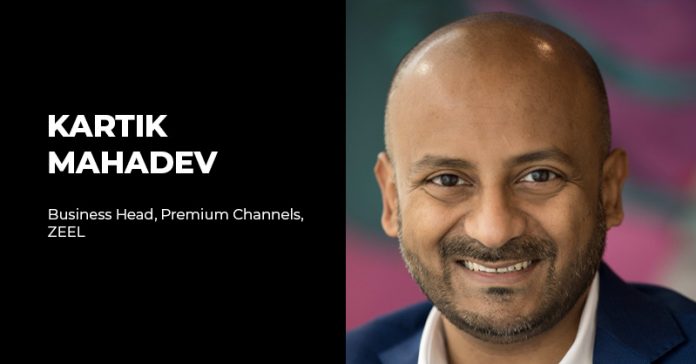 &PrivéHD claims to be known for its curation of films that allow countless movie lovers to indulge a level deeper and feel the other side of the story. This time, the channel has gone a step ahead in bringing a wider world of entertainment available from across the globe to TV screens. March onwards weeknights at 9 PM, &PrivéHD, presents ‘Privé World Box Office’ a collection of enjoyable, must-watch movies from around the world with familiar themes, varied genres that promise to entertain. We get in conversation with Kartik Mahadev, Business Head, Premium Channels, ZEEL to dive deeper into the channel’s content strategy, 360-degree marketing scheme while also going all out on digital, OTT vs TV debate, and much more.

What was the kind of consumer insights and research that led to the introduction of the new content vertical- Privé World Box Office?

In the quest for entertaining cinema and exceptional storytelling, cinema lovers occasionally come across foreign films through word of mouth but don’t find enough supply or a clear destination to watch them. With the launch of Privé World Box Office, we aim to solve this consumer challenge through curation of titles from 10 different languages that have been loved by audiences in their origin country.

Through this offering, we aim to bust barriers to watching foreign films through a selection that is easy to watch, relatable, and entertaining for movie lovers. Each of the titles as part of Privé World Box Office has been carefully handpicked for curation that promises to make you feel at home with world movies, no matter the language. We are certain that the property is sure to delight our discerning consumers and create value for our customers.

Please elaborate on the demographics of the audience and some key factors leading to their affinity towards content of other foreign languages?

With Privé World Box Office, we wish to reach out to movie lovers with a curation of must-watch movies from around the world that are a success in the country of origin. These are non-conformist viewers who are constantly on the lookout to discover something new. They seek quality content and are opening up to cinema beyond English, Hindi and Regional.

How are you leveraging the popularity of Rohit Saraf and the trend of ‘influencer marketing’ to amplify the campaign and the vertical’s reach and message? How is social media helping to gain the objective?

The rapid and constant change in the traditional media landscape and rising levels of digital sophistication in consumers have led to the emergence of multiple mediums to engage with the consumer. Context has also emerged as a key factor in any integrated marketing strategy. With the COVID-19 outbreak, we have witnessed a surge in television viewership alongside brands engaging on digital through Live video formats. In the English cluster, we have adopted Digital engagement alongside television as part of the channel marketing strategy.

For Privé World Box Office, we had a robust 360-degree marketing campaign rolled out across TV, digital, trade, on-ground screenings and bolstered via PR that targets the six metros. Digital has always played a pivotal role in our marketing mix.

Through Rohit Saraf and Renuka Shahane’s social media handles, we teased movie fans with a teaser that intrigued fans and movie lovers. We then released the campaign films that made for a high decibel campaign announcement across digital and TV. The same was followed by snackable content across social media that generated buzz around the offering.

Further engaging with fans, we hosted a fun-filled Valentine’s day activity with Rohit Saraf, who combined his ‘love’ and ‘love for foreign films’ via Instagram reels. We garnered immense traction via UGC as fans reached out to the actor with their proposal messages in a foreign language. Going forward, we have weekly engagement activities for movie buffs planned around our premieres in the pipeline.

Also Read: We saw a growth in non-prime time viewing as well during the lockdown: Kartik…

Owing to the COVID-19 impact last year, many brands cut down their advertising budget on TV. What was it like for &PriveHD and Zee’s English cluster as a whole?

Despite the challenging business environment, we at Zee English cluster had opportunities throughout the year that ensured we catered to our customers as well as consumers. Overall, the year saw major announcements across Zee English cluster ranging from 20 Years of Zee Café and Zee Café’s first original, ‘Dance With Me,’ to top-rated Hollywood premieres on &flix like Jumanji: The Next Level and Bad Boys For Life.

Recently, &flix along with other ZEE network channels announced the pan-network property ‘Ticket To Hollywood’ that features Hollywood’s latest and top-rated movies across ZEE channels, dubbed in regional languages.

Early in 2020, for the premiere of Jumanji: The Next Level on &flix and a simulcast in Hindi on Zee Cinema, we had some of the most reputable brands on board such as Kia Motors, Ariel, Amazon, Airtel 4G, Xiaomi, Protinex and ITC among others. The premiere garnered an overwhelming response with a whopping 34 Mn reach, making it one of the biggest premieres in the past year. Further, for Zee Café’s first original production during the lockdown, ‘Dance With Me’ that launched with a unique interactive experience via fun hook step challenges, we had brands like Loreal Paris & Jeevansaathi.com, Dazzler Eterna, Yamaha Fascino, and Only Natural Diamonds that partnered with us.

In the year ahead, we truly aim to nurture these long-standing relationships with our partners by offering curated solutions and delivering value.

A lot of English TV audience has been steadily shifting to OTT platforms. What are you doing to retain or attract fresh eyeballs?

Today, we are living in an AND world, not an OR world, and both platforms cater to different consumption needs of the consumers playing different roles in their lives. We have always maintained that there is a unique role that television plays and a specific need it serves in bringing families together and keeping them entertained. On the other hand, OTT platforms create a personal space for viewers to consume content; hence it is not cannibalistic to TV viewing.

There is no doubt that digital video platforms are here to stay. However, it is also evident that they are complementing view time on television. Studies reveal that consumption of overlapped content between TV and OTT grew on television from 59% pre-NTO to 82% post-NTO for a sitcom, drama, reality genres. It naturally follows that consumption on TV and digital has been seamless and complementary in nature.

When it comes to OTT, content discovery is and will continue to pose a challenge to viewers looking to unwind with quality content. A typical viewer ends up surfing endlessly to explore content that best suits their tastes. This is where television channels that understand their consumer and curate well delight the viewer. Curated content on television makes for effortless viewing.

The lockdown showed us that the viewers chose to watch television for the curated content experience it provides, to not just individuals but the entire family. On Zee Café we have added 300+ hours of content post lockdown.

In addition, with an aspirational audience looking at Hollywood movies as a window to the world, we launched ‘Flix for All’ on &flix with top-rated Hollywood movies available in English, Hindi, Tamil, and Telugu thereby witnessing a +41% jump in viewership. We also have the “Pick Your Flix” innovation that allowed our engaged audience to pick the movie of their choice to play on the channel. The property found great consumer resonance with immense traction across &flix’s social handles with 2X engagement and 3.5Mn reach.

In sum, with content availability growing across platforms leading to fragmented viewing, it has led to a greater and a more central role for television. Curation of content on television that lends to co-viewing, making TV for a great community experience for family and friends, could emerge as the big differentiator. The shift to content that is homogenous by content themes and that delivers to a broader audience base is the way forward for the category.

What is the selling proposition of USP that you are putting out which isn’t already provided by the other online video demand platforms or other TV channels serving foreign cinema?

Given our unique curation, we wanted to communicate how ‘foreign’ can be ‘familiar’ thus busting any myths around foreign cinema. The campaign has been crafted with insights that aim to bridge the gap between the quintessential Indian film buff and the universal narratives in foreign language films. Thus, we arrived at ‘feel at home, no matter the language’ as the core messaging to bring to the fore a curation of foreign movies with familiar themes that are relatable and enjoyable

Flux @ The Glitch was roped in to helm the light-hearted campaign along with Jigar Fernandes, Third Floor Films, who brought the vision to life with his direction. The film marks the return of the legendary Deepak Tijori along with the evergreen Renuka Shahane who bring their expertise along with the new age internet sensation Rohit Saraf who brings in his youthful charm.

Through the lens of a typical Indian family, the film captures a relatable situation in a foreign language through a fun-filled banter amongst the family. The slice-of-life film brings alive a familiar feeling in various foreign languages, making it an extremely entertaining affair.

Can you shed some light on the partnerships or associations signed with content providers or production studios? How does the programming slate for the year 2021 look like?

In the coming months we will have the Ticket To Hollywood movie airings for the biggest Hollywood blockbusters. On Zee Café, we will continue to bring originals that add to the repertoire of locally nuanced content along with iconic international shows. The foreign language premieres as part of Privé World Box Office will continue to entertain movie fans with new movies every week through the coming months and we have more in the pipeline. So, all in all, it’s a promising and packed content line-up for Zee English cluster. 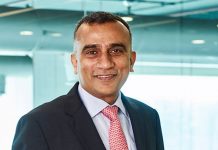 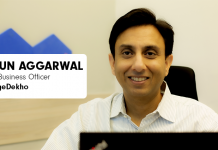 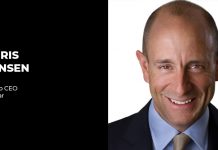 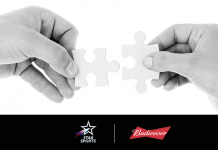