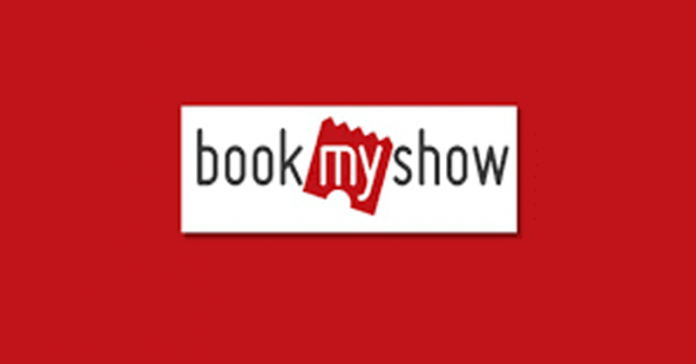 As part of the new structure, Anil Makhija will be in charge of scaling live entertainment operations as COO – Live Entertainment & Venues, taking over from Albert Almeida who will head Brand Partnerships to nurture strategic and like-minded partnerships for BookMyShow.

BookMyShow today announced changes in its senior leadership, as the company bolsters its India management team across key business verticals. The restructuring will help drive the next phase of growth and expansion for the company, further streamlining the core areas of the business, as BookMyShow aims to double down on building a holistic platform for its customers.

The latest changes are a significant step towards accelerating long-term growth areas for the firm. BookMyShow will be working to add new verticals of value creation whilst bolstering brand partnerships & alliances using technology, product, and design as the core pillars.

A veteran in the industry, Anil joined BookMyShow in 2013 to lead ground operations and service delivery, while also overseeing the deployment of new technologies across all physical events. Heading BookMyShow’s award-winning Customer Experience Force along with ground operations at the firm, Anil and his team have successfully enabled the use of technology to enhance the entire user experience until the last mile, on-ground. In a natural progression of his role here on, Anil will lead the operational strategy and execution of all live entertainment experiences across music, comedy, theatre, sports, live performances, and more, bringing the complete range of touchpoints including experience fulfillment, production, venues, and service delivery all under one roof.

Albert joined BookMyShow in 2018 to set the stage for the firm’s live entertainment business and shape its growth. In his new role, Albert along with his team will focus on building strategic brand partnerships by unlocking the strength of BookMyShow’s critical assets – its premium IPs, vast community, and the power of the platform. With over 25 years of experience in the media, entertainment, and advertising industry, Albert is best positioned to unlock value for the firm through this key support to the live entertainment vertical.

Further, BookMyShow’s foray into the streaming business with the transactional-video-on-demand model BookMyShow Stream will be helmed by Ashish Saksena, COO – Cinemas bringing all things movies, under one umbrella. Ashish Saksena has been leading the company’s cinemas business with continuous screen additions across the length and breadth of the country, expansion of BookMyShow’s POS business at cinemas in towns beyond metros, overseeing the growth of F&B as an able contributor to the vertical along with newer revenue enhancement measures within the movies business for the company, through long-term, marquee partnerships with production houses across the world and India. Under his credible leadership, BookMyShow has broken numerous records and achieved several milestones across the cinemas business, the latest being Zack Snyder’s Justice League’s phenomenal performance on BookMyShow Stream crossing the 100,000 stream mark within just 3 days of its release.

After playing an instrumental role in creating and building BookMyShow’s brand value over the last 8 years, as also spearheading the effective utilization of the firm’s analytical capabilities to cement the firm’s leadership position in the entertainment ecosystem, Marzdi Kalianiwala will take on the role of Senior Vice President – Product & Design at the firm. In his extended role, Marzdi will drive BookMyShow’s product strategy and innovation roadmap in line with consumer needs. Having helmed Business Intelligence almost through the last decade at the firm, Marzdi’s rich understanding of data analytics and product capabilities will be the keystone in shaping products to uplift the user experience for millions of loyal BookMyShow customers.

Joining BookMyShow’s leadership last year, to head technology is Mahesh Vandi Chalil, Senior Vice President – Technology who has hit the ground running in his commitment to scale the firm’s technological prowess and strategic approach to development and delivery. In his role at BookMyShow, Mahesh will spearhead technological governance, advancements, solutions, and recommendations for enterprise architecture within the platform to support the building of scalable products and services for a seamless user experience. Before joining BookMyShow, Mahesh spent over two decades in technology roles with companies like Apple, Bank of America, Deloitte, Hotstar, and most recently Near, for his last project. At BookMyShow, Mahesh has been instrumental in building the robust technology back-end for BookMyShow Stream, the company’s movie streaming service, and launching the product within a record time.

Commenting on the decision, Ashish Hemrajani, Founder & CEO, BookMyShow said, “In its 21-year long journey, BookMyShow has been through its share of black swan events that have significantly changed not only the way we run business, but also the underlying consumer experience. However, with every such unpredictability, BookMyShow has only bounced back stronger and more ready to face the next big challenge. Without a shred of doubt, our tenacity is driven by the unwavering loyalty of millions of consumers who have stayed with us through the ups and downs of these past years and equally so, by a visionary leadership team that has always been one to think ahead of time and prepare for it today. This latest structural shift in BookMyShow’s leadership is an example of this foresight and one that will be our bedrock as we continue to future proof ourselves while moving forward swiftly, in a constantly evolving world of entertainment.”

Parikshit Dar, Co-founder & Director, BookMyShow said, “As a digital-first company, nimble technology and dexterous product adaptability have, undoubtedly, been BookMyShow’s pillars through our two-decade-long journey of bringing unique entertainment experiences to Indian audiences. If anything, the pandemic has only further reinforced the criticality of evolving technology and a product that can respond seamlessly to a consumer’s needs as the keystone for a lasting experience. As we take a step forward with the new leadership, bolstering our product and technology platform will be the backbone in building new avenues for growth and a richer consumer experience. BookMyShow hasn’t been more excited and fortified in its journey to continue diversifying entertainment experiences made in India.”

Talking about the leadership changes at the company, Shamita Ghosh, Head – Human Resources, BookMyShow said, “At BookMyShow, we have always followed a culture of keeping things as simple as possible by defying convention and truly being disruptive in our thoughts and approach to work. Challenges or downturns have simply meant a stepping stone that has always helped us leap forward in this fast-changing world of entertainment. Leadership at BookMyShow has never been restricted to merely building the business but has always meant practicing what we preach and leading by example to nurture a culture of inclusivity and community. Our new leadership will continue to fortify this culture and together with this team, I am confident that the next chapter in BookMyShow’s journey will be nothing short of a blockbuster!” 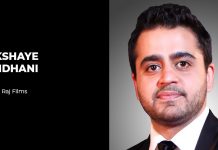 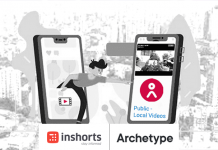 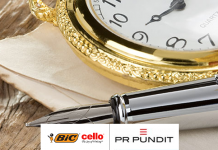